These are the 3 types of production methods that factories and companies use to produce consumer items.

The first is Job production and it’s the simplest, it’s manufacturing custom-made items for someone or something. Where nothing is standardized and every part that comes out is unique.

It’s not all fun and games, there are also disadvantages, some of them are as listed;

Whoops, i seem to have forgotten about the “Fun and games” part and here they are!

These are some (not all) of the advantages and disadvantages, and so to conclude this part here’s a flowchart to visually explain how job production works (Kinda).

(Click on the image if it’s too small to see)

in the video you can see that 1 or more technicians and artisans craft the guitar bit by bit creating  truly unique products that are never the same.

Now, enough of all that boring drivel it’s time to talk about Batch Production!

Now, batch production is kinda like job production, except for the fact that the items are made in batches or 10, 20 or even a few million at once. A good example would be sliced bread, I’ve been to one of Gardenia’s factories before (courtesy of my mother’s friend) and batch production is displayed very clearly there, I saw them mix one giant batch of dough and make a 100 loaves at a time. Batch production is also in sushi king, they make a certain type of sushi in batches of 25 (I’ve actually counted) 1 person dumps the all the rice into the rice squarer (or cuboid-er if you prefer calling it that) and makes up to a hundred rice cuboids and then splits them up to different workers and then each one of them make only 1 type of sushi but does it multiple times and thus “Batch” production.

And here again is the flowchart to explain how it all works again!

And another video to show you again how they make things by batch, enjoy watching it

It’s about marshmallow cookies (Yum!) if you were too lazy to watch it, but if you did then you can see how they make in 1 shot a few hundred and then another hundred until the reach the quota of the day. In the video you can see them using batch AND flow in the same process, They’re using Flow but instead of doing it one by one they do in batches of 100 or more, that’s why they call it BATCH production.

Now so as not to bore you with anymore details on to…..

And that’s the gist of it, nothing special here except for the fact that the workers get incredibly bored (some factories get rid of the boredom by job switching) but sooner or later you’re gonna get bored with building the same thing over an over again.

The only advantage is the insane production rates of heavily complicated products and crazy speeds that this type of production can achieve, Job type production of cars such as Ferrari can only achieve up to 8500 cars (total from all their models) in a year, while Nissan spits out around 400,000 cars of only ONE of its models out every year.

And here’s the last video explaining how flow production works!

And that’s all!, Thank’s for reading all this if you actually did read it and not go scrolling down at extreme speeds. 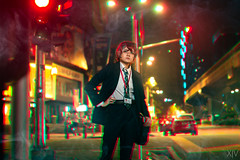 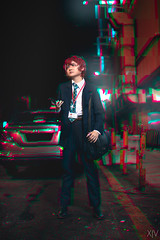 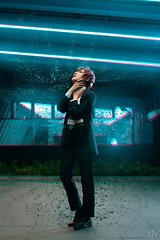 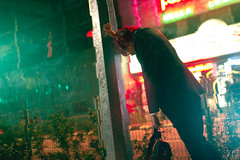